“I am Gunnery Sergeant Hartman, your senior drill instructor. From now on you will speak only when spoken to and the first and last words out of your filthy sewers will be “Sir”. Do you maggots understand that?”

– so begins the dehumanising reign of military terror portrayed by R. Lee Ermey that steals the show in Stanley Kubrick’s Full Metal Jacket, and has become frequently copied in American cinema ever since.

Hartman explodes onto the screen during the opening moments of Kubrick’s 1987 Vietnam War epic that follows the young Private Joker (Matthew Modine) through the surreal punishment of his drill instructors’ basic training, all the way through to the bloody reality of combat overseas. With lines such as “You will be a minister of death, praying for war!” and “you’re not even fucking human beings,” Sgt. Hartman is a character who perfectly exemplifies a faceless, brutal version of the armed forces that promotes the mindless obedience and savage instinct required to turn soldiers into killers.

It remains to be seen who could be better suited to play a red-faced Marine trainer than someone who had previously done the job for real. R. Lee Ermey had served in the United States Marine Corps in San Diego and Parris Island as a drill instructor between 1965-67 and even spent time in combat in Vietnam. His performance is so realistic that much of the invective he spews at his trainees was from real-life training methods. “I’d say fifty percent of Lee’s dialogue, specifically the insult stuff, came from Lee,” commented Kubrick in a Rolling Stone interview, describing how Ermey came up with “150 pages of insults” to use in the script for his role.

Whilst saturated with swearing, the nuance of Ermey’s performance is that his foul-mouthed authoritarian is funny yet never veers into caricature. One moment he gives his “maggot” recruits hilarious nicknames and the next he exemplifies the institutionalised psychological violence of the American war machine, cruelly punishing the overweight Gomer Pyle (Vincent D’Onofrio) until he snaps with murderous consequences. 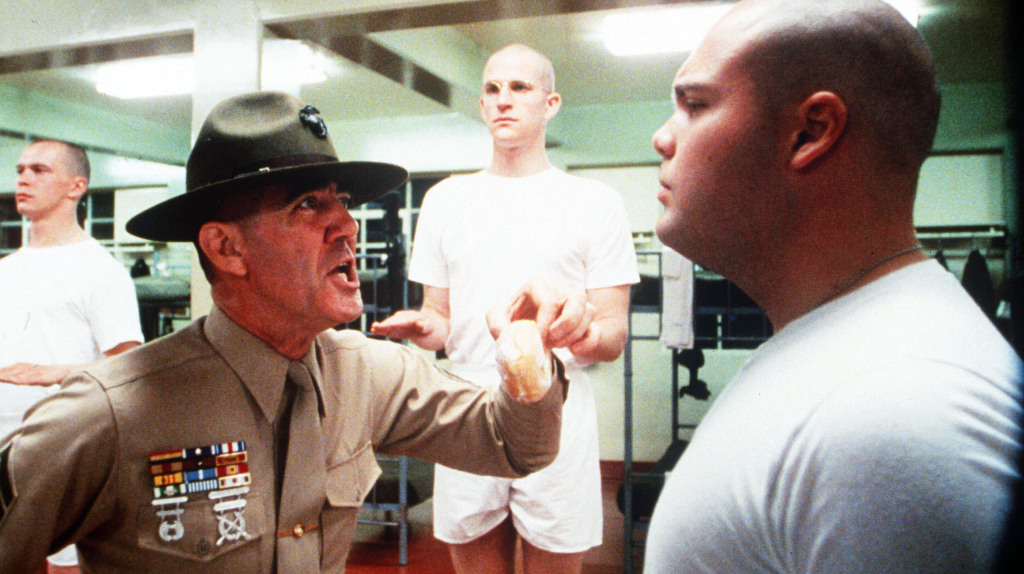 Echoes of Ermey’s Hartman can be heard in more recent war movies such as Same Mendes’ Jarhead (2005). The opening scene where Sgt. Fitch angrily strides around and insults the masculinity of his new recruits is more than a little reminiscent of Full Metal Jacket. There are countless further examples of over-the-top drill instructors in TV and film, yet it shall forever be Ermey who was the first to cry “numb nuts” at his whimpering recruits.

Whilst Matthew Modine (as the disaffected Private Joker) and Vincent D’Onofrio (the bullied Private Pyle) both turn in strong performances in Full Metal Jacket, it is R. Lee Ermey’s Sgt Hartman who remains the film’s most memorable character. His surreal take on military discipline chimes perfectly with Kubrick’s commentary on America’s involvement in Vietnam. In an incredible speech described as a “masterpiece” by Roger Ebert, Hartman lauds the actions of Charles Whitman and Lee Harvey Oswald, a famed serial killer and JFK’s assassin respectively – and also both former US Marines. Commenting on their infamous crimes whilst training the next generation of armed forces, Hartman proudly remarks, “Those individuals showed what one motivated marine and his rifle can do.” 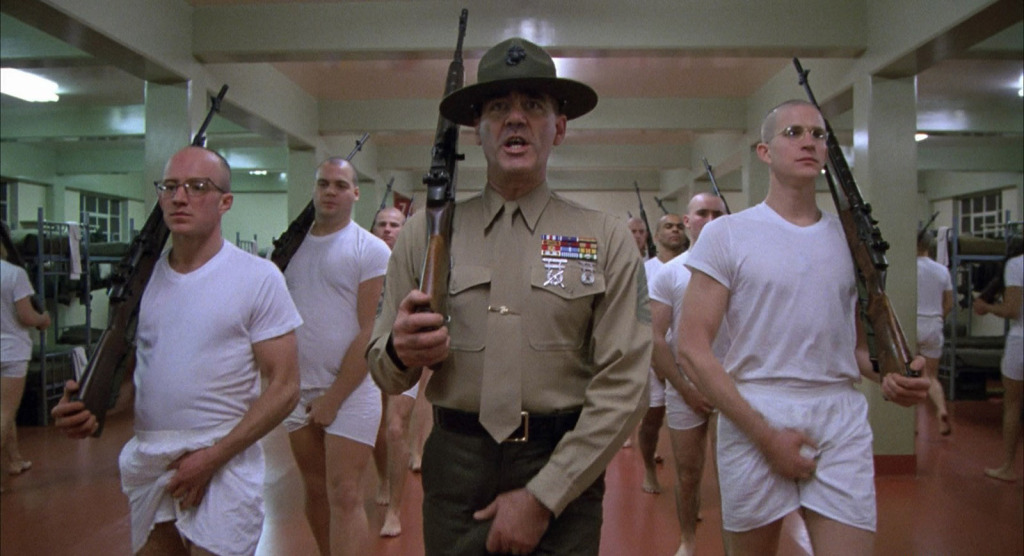