Tick, tock. Tick, tock. That click and whir of clocks is laced throughout TiMER (2009), whether it’s in the jangling of its tinkly soundtrack or the details of its mise-en-scene. It’s an appropriate “tick” for a movie about time, whether it’s lost, borrowed, or unknown.

Starring Emma Caulfield, TiMER imagines a world in which the moment that you meet The One can be calculated and counted down to by a device – a TiMER – implanted into the wrist. The moment that you and your “One” lock eyes for the first time, your TiMERs simultaneously burst into chirpy song to let you know that you’ve found each other. Simple, genius, beautiful – right?

Except for Caulfield, of course. As clean cut orthodontist Oona, she’s suffering from the ultimate in TiMER problems; hers is blank. Her One is out there, somewhere, maybe, but with no TiMER of their own to match up with Oona’s, leaving her adrift on the singles scene in the worst possible way. Thirty years old and with no countdown to her One, Oona’s life stretches out before her as one big, unknowable waiting game.

And then she meets Mikey, a much younger man with a TiMER on a four month countdown. Against all her better judgements, careful and cautious Oona throws herself into a tryst that – apparently – has no realistic chance of success.

The beauty of TiMER is its layers; some part-lo-fi sci-fi to some other parts romantic comedy, family drama, philosophical debate and feminist overture. Though the concept is firmly science-fiction, it’s a vehicle to explore love in all its guises; once the novelty of the TiMER has sunk in the rest of the film’s mise-en-scene is distinctly present-day, letting it explore the real topic at its heart without overplaying the excellent concept.

It’s that heart, literal as it is, that lets TiMER embrace the romcom genre so fully without ever straying into the cheesy or affected. Playing with big ideas like fate and self-determination, it’s subtle without losing focus; the pace is measured, keeping you aware of time’s inevitably linear progression like the film’s always-ticking clocks.

Oona’s neat, compartmentalised life is slowly broken down by the evolution of her relationships; her slow experimentation with impulse via a fling with Mikey, symbolising as he does everything that her life is not, disjoints the regimental regime she follows, a fracture in time which ripples out to affect not just the lustful but the familial. Her mother and stepfather, united by their own matched TiMERs, struggle to recognise what drifting Oona needs. Her stepsister and best friend Steph, whose TiMER won’t finish counting down until she’s forty-two, finds her own recklessness thrown into relief by Oona’s sudden slide; and their fourteen-year-old brother Jesse, who comes of TiMER age and finds that the countdown to his “One” is in three days’ time, would rather not have a TiMER at all.

The story is, in essence, simple. Girl meets boy, boy falls for girl, girl sort of falls for boy but gets distracted by her pre-conceived ideas of love. In a scene that sums up the film’s raft of difficult questions, Oona and Steph muse on the pre-TiMER phrase “first love”. If there’s such a thing as first love, they wonder, doesn’t that imply that there used to be a second, third, or even a fourth? In a film full of great moments it’s the one that hits home the most, artfully pulling together the subtle threads laced throughout and making sure you know that TiMER isn’t a big-idea little-movie but a film to remember. 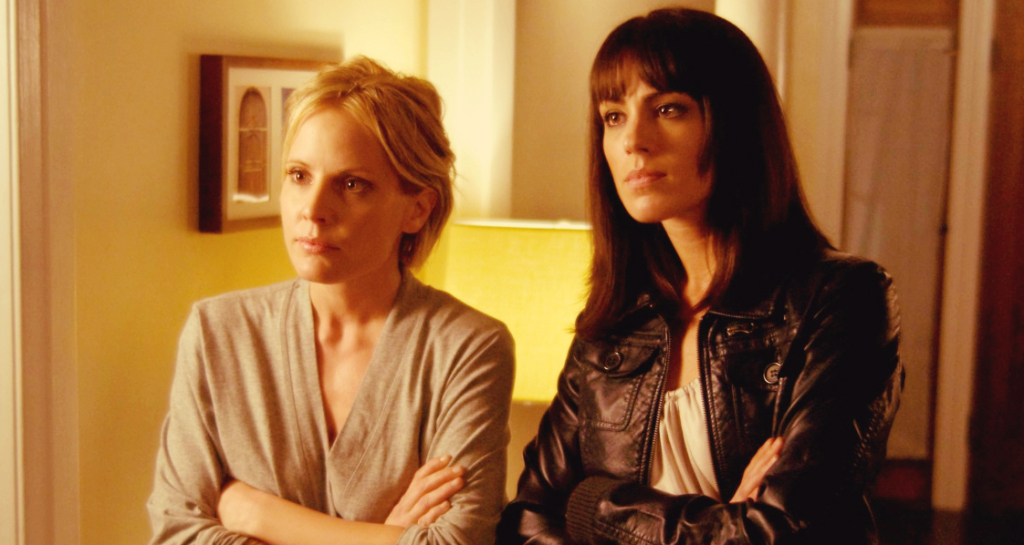 It’s a film that anchors those ideas with a genuinely brilliant woman. Oona is that rare cinematic concept: a fully 3D female lead. A combination of Caulfield’s performance and writer/director Jac Schaeffer’s imagination, Oona retains her longing for romance and “the One” without falling into any of the traps Hollywood sets for a woman who wants to be in love; she’s proof that a female character can be both hopelessly romantic and a complex, compelling individual. She’s backed up by stepsister Steph, a woman intent on wrestling back control, and her mother, a modern-day Mrs. Bennett with a spine of steel. Whilst it’s sad that Oona and her family aren’t Hollywood’s default, it’s nevertheless a refreshing step in the right direction – and one more reason to put TiMER on your “watch” list. It might be a story about love, but it never limits itself; before you know it, Oona’s symbiosis with Steph comes front and centre, and all your ideas about the meaning of the “One” get kicked into touch.

Jac Schaeffer’s debut is one of the smartest movies about love – in all its forms – that you’ll ever see. Organic, intelligent, funny, and emotional, TiMER hits all the right romcom buttons and then surpasses them completely, creating a well-deserved dent in the genre that shows just what can happen when you put a new perspective on love.

A Love Letter To… TiMER was last modified: July 2nd, 2015 by Sophie Wing